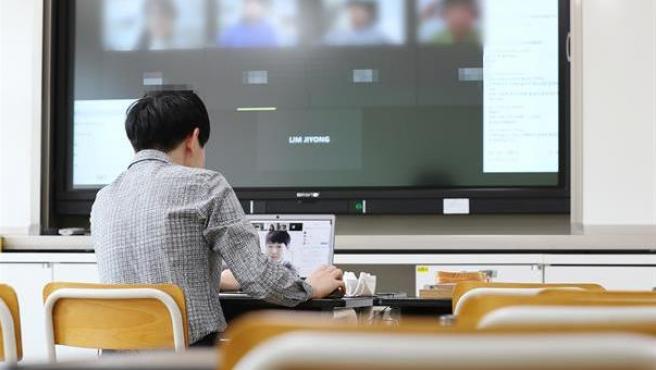 Since the beginning of the pandemic caused by COVID-19, children around the world have lost an average of 74 days of education each , more than a third of the school year, due to the closure of centers and the lack of access to learning remotely, according to a study published Tuesday by Save the Children .

The analysis, based on data from 194 countries, estimates that the days without education for all affected minors totaled a total of 112,000 million globally, a figure that hides a marked gap between geographical areas of different levels of development.

Refugees and rural areas lose more
Children in South Asia, Latin America and the Caribbean , for example, each lost an average of 110 days of education, almost three times the number of students in Western Europe (38 days) and more than twice that of other parts of Europe and from Asia (about 46 days).

In sub-Saharan Africa, the time wasted was 69 days , while in the Middle East the figure climbed to 80 days, counted from February 2020, when the closure of schools in several countries of the world was decreed for the first time to stop the advance of the covid.

The lack of access to education has especially affected refugee children , children with disabilities or from vulnerable families or in rural areas , a problem that Save the Children warns is not exclusive to developing countries.

No internet connection in the US
In the United States, more than 15 million students in public schools lacked an internet connection for distance education , according to the NGO, a higher proportion than in almost all European countries except Bulgaria and Romania.

“The consequences for young people is that there will be a setback in their school progress ,” said Victoria Ward, director of Save the Children in Latin America and the Caribbean, where she warns that a whole course of educational break can have a “huge” impact. economically.

“It is the girls who do not return when there are prolonged closures”
Despite the efforts of governments to guarantee distance education, Ward explains, the decreed measures were insufficient due to the lack of internet access, which has exposed many children “to street violence, domestic violence and disorders. emotional “.

To mitigate these effects and ensure that students fill the classrooms again when they can reopen, it is necessary to “invest in economic incentives” for vulnerable families and deploy campaigns focused on girls , because “they are the ones who do not return when there are prolonged closures “, warns the regional director of Save the Children.

Reversing this situation of educational deficit will require governments to plan, hand in hand with the international community, investments in education and social protection, so that “the opportunity to improve educational systems” is not lost, Ward remarks.

Those Vaccinated With Astrazeneca Describe The Side Effects Suffered

Author adminPosted on March 12, 2021
In order to preserve the commercial balance of the area and avoid gentrification as a secondary effect, the Barcelona City Council’s government commission has...
Read More

Austria And Denmark Distance Themselves From EU In Covid Vaccines

Author adminPosted on March 2, 2021
Austria and Denmark “will in the future cease to depend on the European Union (EU)” in the field of vaccination and plan to cooperate...
Read More

When Is Holy Week In 2021 Dates And Calendar

Author adminPosted on March 12, 2021
The restrictions on mobility due to the covid will mark these holidays throughout Spain. When is Easter 2021 is one of the main doubts...
Read More

Digital Marketing
Author adminPosted on April 20, 2021April 21, 2021
SEO or Search Engine Optimization is one of the most crucial parts of Digital Marketing.  For those who are new to the concept of...
Read More

Motivation
Author adminPosted on April 18, 2021April 21, 2021
UN volunteer jobs are one of the most sought-after jobs for students and fresh graduates who are interested in learning more about themselves. However,...
Read More

News
Author adminPosted on April 4, 2021
La Ventafocs, Cinderella in Spanish, is one of the most famous fairy tales in history. Its origin, surprisingly, comes from China, despite the fact...
Read More

News
Author adminPosted on April 4, 2021
The challenge is daring: Find a school in Barcelona, ​​where they teach how to steal Yes, you have read that correctly, to appropriate what...
Read More