Acquiring houses for less than the current market price, refurbishing them, and then reselling them for gain.

According to reports, the number of people flipping residences has increased dramatically in recent years. Thus, if you’re looking for the best areas to flip houses in the UK, your quest is over. But lets first read the basic overview of house flipping below.

What does flipping houses entail?

The process of purchasing a house and reselling it days after acquisition is referred to as “flipping a house.” Properties that are being flipped are usually out of style and are consequently bought by the flippers at a relatively lower price. Individuals or firms specializing in flipping houses repair and renovate the property before reselling it for extra revenue.

Frequently, houses that are resold have been mismanaged in some way by former occupants. They may be missing in the required maintenance that a property requires, or they may have neglected the property damages. Flippers are on the lookout for a hidden gem, an inexpensive home in a desirable community with potential for improvement that will provide a favorable profit margin.

Liverpool is among the most lucrative areas to flip property.

Formerly Liverpool faced downturn, but the UK redevelopment has assisted in the area’s transformation into the economic giant it is presently.

Liverpool has swiftly established itself as possibly the finest area to purchase residential properties, thanks to developments such as Liverpool ONE, the Knowledge Quarter, and the Baltic Triangle, etc.

Liverpool has been steadily improving for the last several decades, highly regarded as among the greatest areas to buy a house in the United Kingdom. A considerable population increase has produced this enormous expansion, with professionals coming to the region for available economic prospects.

Manchester has maintained its reputation by positioning itself amongst the most attractive investment destinations.

Manchester has played a significant role in price gains in the North region due to the strongest investments returns over the last few years.

Real estate prices are anticipated to increase by over 25% in the coming years. This is partly due to the area’s constantly expanding population and economy,

Birmingham is also among the best cities to invest in and flip properties. Since many developmental plans have come into force, popularity has increased. According to studies, Birmingham will become one of the quickest developing places in the country within the next few years, with price increases of more than 24% expected by 2025.

Birmingham’s economy is indeed one of the city’s significant assets. Moreover, transportation linkages along with various other growth initiatives make Birmingham an excellent place to invest.

Glasgow’s economic growth is expected to prosper on pace during the next couple of years, as evidenced by its real estate market.

Sale prices are predicted to climb by over 21% percent in a few years. This would mean strong investment returns, which will be exciting news for buyers wishing to invest in Glasgow.

Owing to its continuous price increase over the previous few years, Edinburgh is among the top areas to flip properties in the UK.

According to the research, the property values will increase by over 20% percent over the coming years. This place also has one of the highest growth rates in the UK.

Thus, these are the 5 best areas to flip houses in the UK.

Additional read: How to flip a house in the UK? 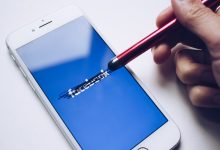 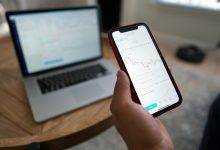