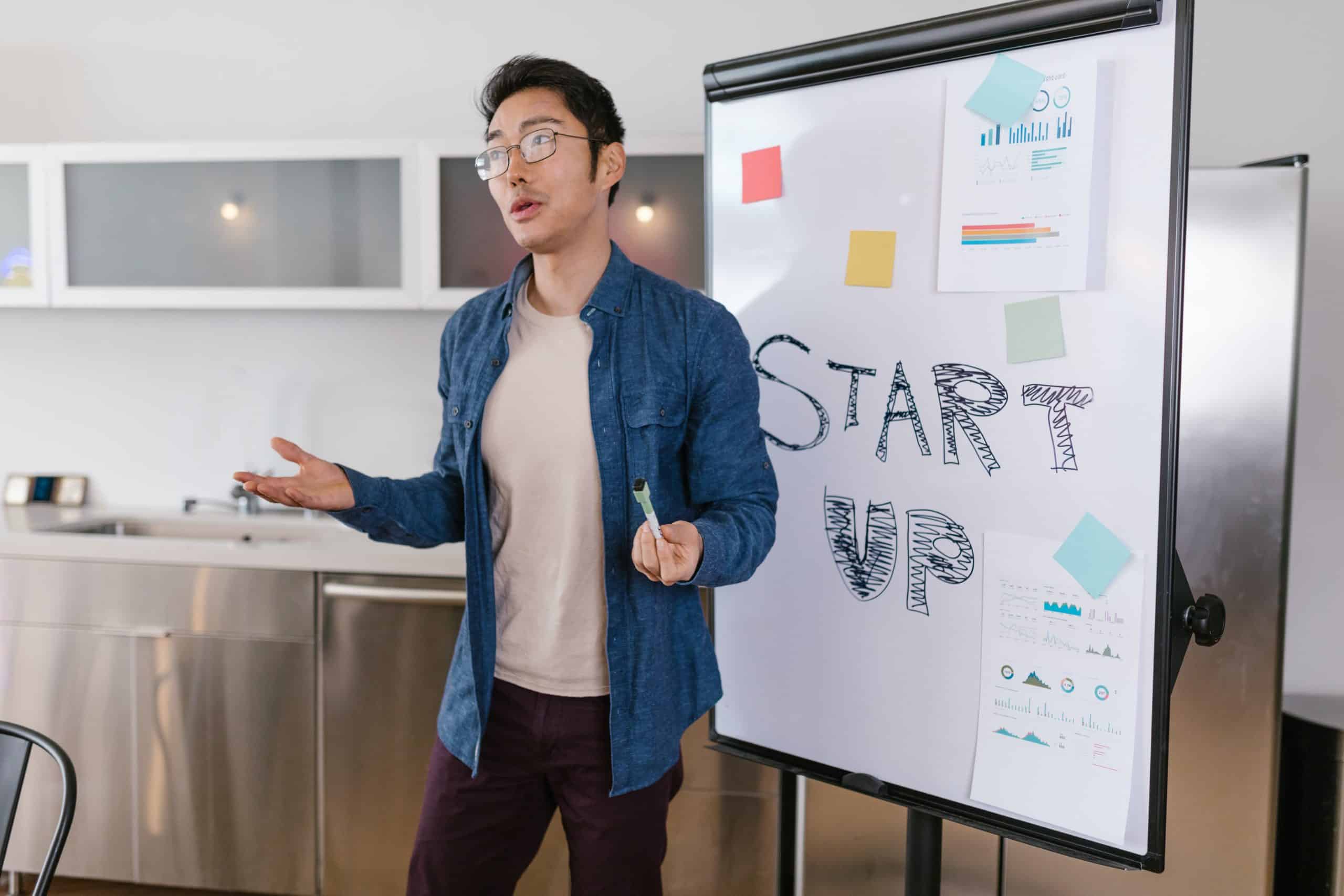 Crowdfunding platform Kickstarter has helped raise funds for some of the most innovative products in the world, including Oculus Rift. But do you really believe that all the money raised through Kickstarter goes to the projects you support? Does Kickstarter have the best interest of backers at heart? Or is it a scam?

You might be enraged at the thought of someone scamming your money, but do not panic. We’re here to help. In this article, we show you how to determine whether Kickstarter is legit and how to avoid getting scammed when using it.

Is Kickstarter a scam? 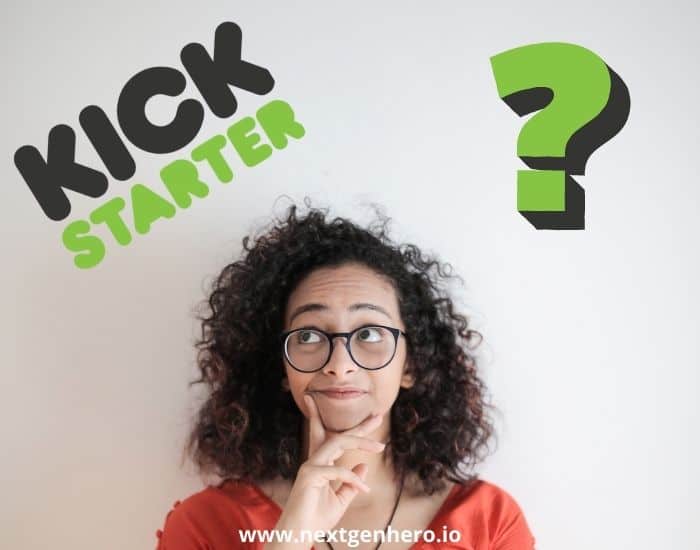 Based on our research, we can say that Kickstarter is a legitimate crowdfunding platform that does what they say: help raise money for product campaigns. Nevertheless, this does not automatically imply we endorse them or find them good.

In the following five questions, we will clarify some of the concerns you may have regarding Kickstarter that will help you understand if this platform is right for you.

Kickstarter takes no responsibility when a vendor fails to keep their promise and deliver the products to the supporters.  They can lose their money when their vendors refuse to send them what they backed. Kickstarter’s customer support will refer you to their “Terms of Use,” which states that Kickstarter is not responsible for resolving any scams caused by their business model.

We do not assess the viability of a creator’s project, monitor how they use funds, or reimburse backers if creators violate their agreement with backers, or are unable to fulfill rewards as planned.

To build trust, we encourage open communication between creators, backers, and Kickstarter.

That answers the question about their trust factor for backers.

2. Can you get scammed on Kickstarter?

Yes, you can get scammed on Kickstarter if you do not pick the right campaign to fund. Some of the crowd-funding projects on Kickstarter are crazy, some of them are brilliant, but a few are just plain scams.

There are ways to tell which campaigns are legitimate and which ones are scams. We have classified them as “trust factors” and “red flags”.

Trust Factors (signifies that the campaign/creator is legit)

– Track records of everyone involved

– Proper communication with the backers

Red Flags (signifies that the campaign/creator is a scam)

– No face in the video

There’s just one way to get your money back – cancel the pledge before it ends. Once the project gets successful and the collection gets started, you will not be able to cancel your pledge.

Kickstarter is not a store and we do not issue refunds. When you back a project, you’re supporting a creator’s right to try to make something new—and agreeing to go along for the ride.

4. How is Kickstarter responsible for the scams?

A portion of every Kickstarter project’s fund goes to the company. Therefore, they bear some responsibility.

After a campaign ends, Kickstarter transfers the money to the company and dissociates itself completely from what happens next. Kickstarter has no responsibility if the company succeeds or fails.

After the campaign ends, the money is collected and the creators disappear. Backers aren’t notified. The products never get made.

Whenever Kickstarter is notified, nothing is done. Kickstarter takes no responsibility for what occurs after a campaign ends.

You’ll always find a ‘report this project to Kickstarter’ button on each project page. 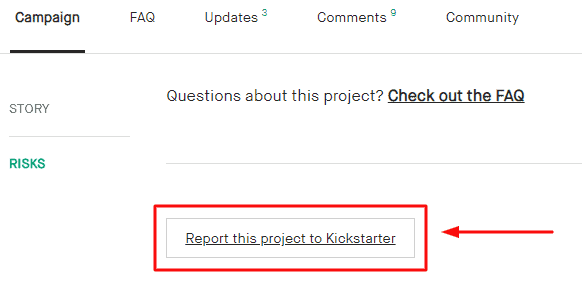 You can use it to alarm them about the issue. If Kickstarter finds the campaign to be fake, they will take action and suspend the campaign.

According to Kickstarter policies, the creators’ projects are approved based on Kickstarter Project Guidelines. They follow the All or Nothing Rule. If a creator cannot meet the funding goal by the deadline, they do not receive any funding. This is tricky for creators who invest their time and energy and get nothing in the end if they miss the deadline.

Backers receive rewards after the completion of the funding process. They have an estimated delivery date specified for backers to receive their rewards. Read Kickstarter’s take on Trust and Accountability.

What percentage does Kickstarter take?

It is an intriguing question to know what is in for Kickstarter as a platform. Do they make money out of it, or do they give every penny received to the creators?

The most recent controversy faced by Kickstarter ended with the resignation of its vice president and head of community Luke Crane on 26th March, 2021. The controversy was about the game collection The Perfect RPG  which was launched and thereafter, immediately cancelled over the non disclosure of potential contributors leading to backing out of other contributors.

What do we think? Is it worth it? 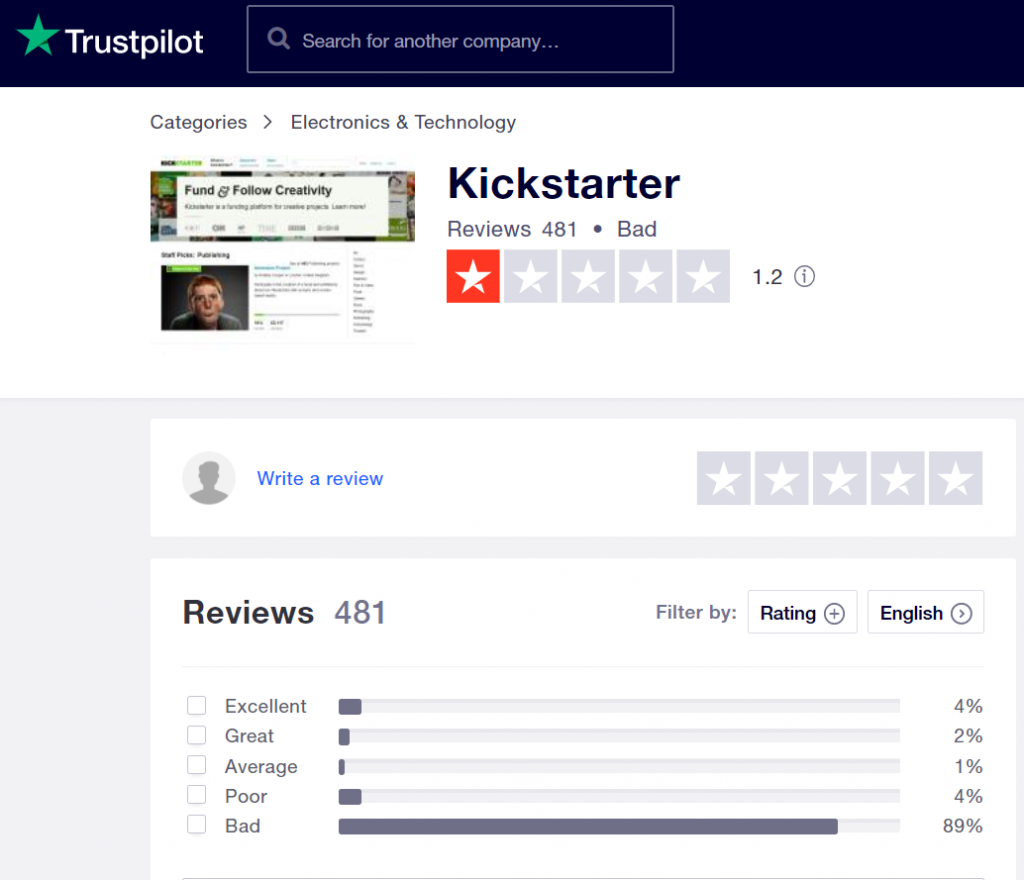 As of today, Kickstarter is not a legit and worthy platform as it used to be.

Watch this great video which sums up the rise and fall of Kickstarter.

To conclude, you should conduct due diligence before backing a project. Do not hesitate to ask a lot of questions. If you don’t get satisfactory answers before they get the money, you’re unlikely to get them afterward. Keep in mind that Kickstarter will not support you at all in the case of a problem. If you have a problem, you are on your own.