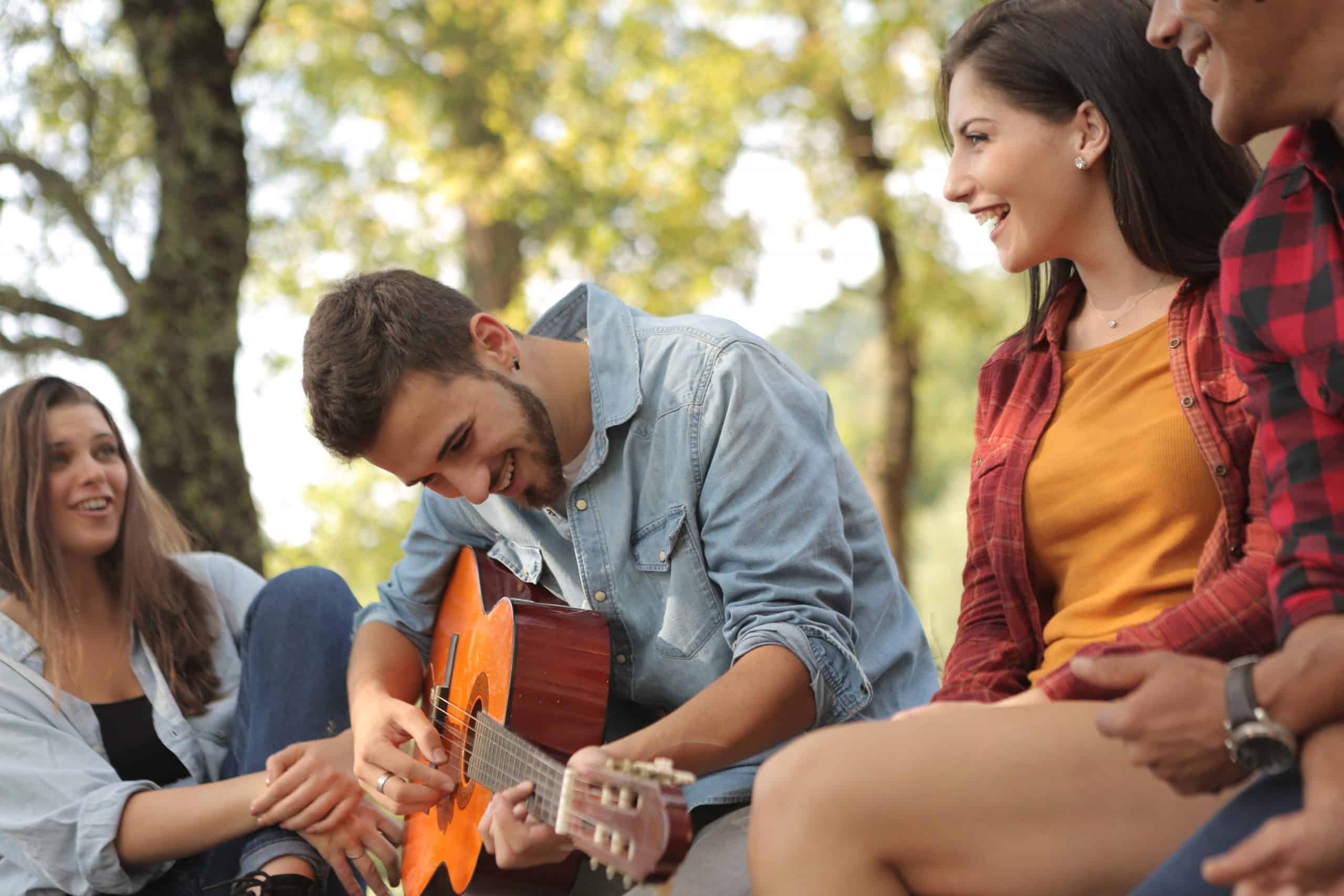 Let’s get right into it.

Have you ever seen someone giggle when you say something funny? Chances are, they are attracted to you. Even if the joke wasn’t that funny, but you easily made the person laugh, it is a big yes.

People who display happiness, positivity, and curiosity tend to laugh more. They may be shy and interested when they chuckle or giggle at your jokes or comments. This is especially true if you also observe other signs, such as touching, eye contact, looking down and being shy. If they are drawn to you, someone may laugh slightly differently from their usual laugh—they could laugh louder, longer, or even shorter out of nervousness.

What Are Other Signs Of Attraction?

Also, out of nervousness, they may even avoid eye contact!

A favourable hint can be found in small touches that are often brief, especially if they appear to be repeated. It could be your arms brushing gently against each other, the soft graze of fingers, hands on the lap, leaning towards you while laughing and more.

They are unable to control their cheeks from turning red. They are usually shy around you and look down frequently. This is more common in women than men.

They start squirming a lot when they are around you. They bite their lip, fidget with their hands and leg, shift a lot while sitting, etc.

We’ve all been there, done that. If a person smiles, laughs, twirls their hair or simply enjoys your company, it clearly means they are attracted to you. Do you notice any of the things mentioned above in you? Well, we have news for you!

Do you want to know what happens when people are attracted to each other? Read the psychology behind it.