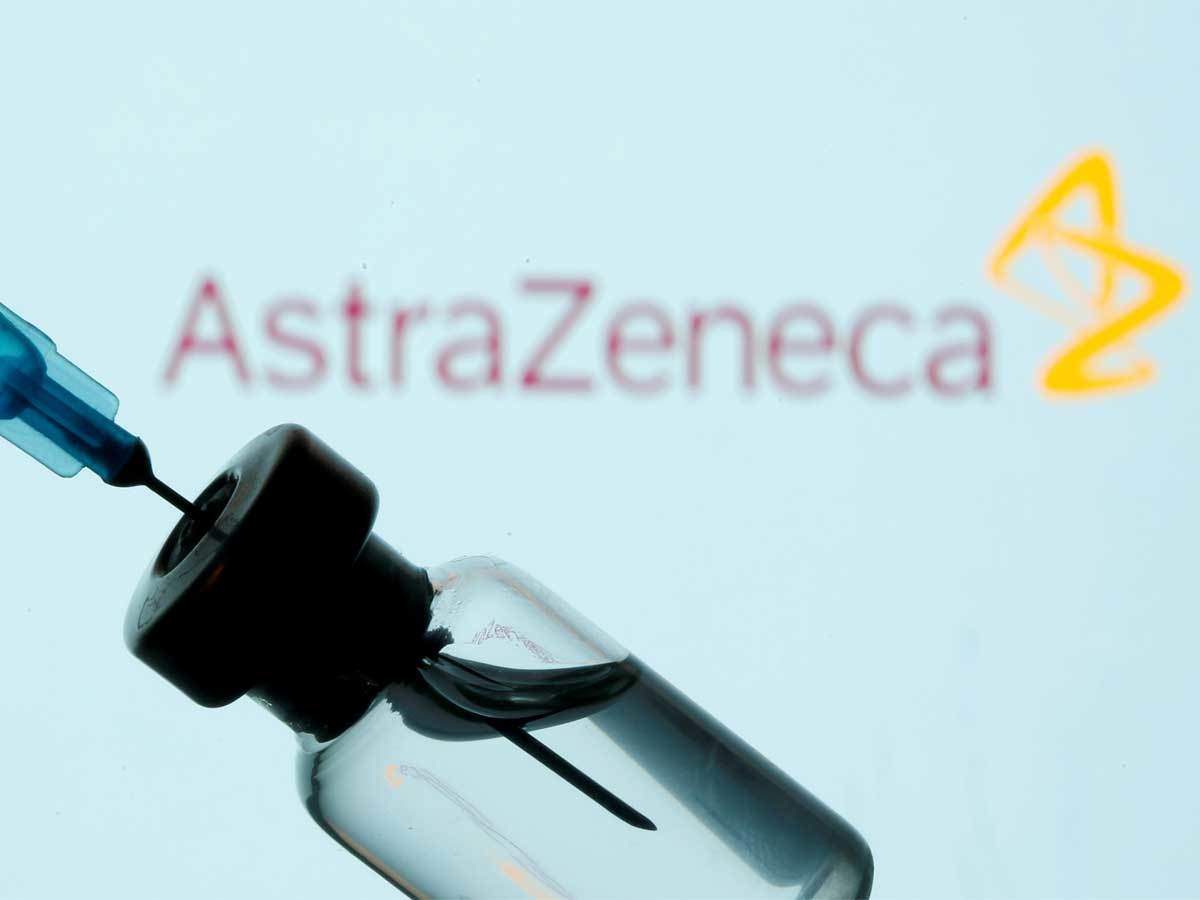 Essential workers such as police, civil guards, emergency personnel, teachers, and veterinarians began getting vaccinated against COVID-19 last week. Most receive the serum developed by the University of Oxford and the pharmaceutical company AstraZeneca and many report side effects, but all have already been observed in clinical trials, experts recall.

Sonia Castillo is a Infant teacher in a public school in Madrid . On Friday he received his first puncture and this weekend it has been “as if a truck had run over me.” The effects appeared 24 hours after the injection and lasted about 48 hours.

He has spent two nights with peaks of 37.8 degrees Celsius of fever that he stopped with paracetamol, as prescribed at the time of vaccination and also collects the latest update of the Vaccination Strategy prepared by the Ministry of Health in coordination with the Communities Autonomous.

This teacher has not felt pain at the site of the puncture but she has felt ” severe muscle aches ” that have awakened her for two nights. However, she feels lucky to have been vaccinated already: ” I knew that it was under control and that it was not going to get worse.

It compensates me without hesitation , because if you catch COVID you don’t know how it will affect you. I think it is a priority for everyone let’s get vaccinated to control the virus together before the new variants make it more difficult. Also, once immunized I will be able to do my job more easily. ”

Another case is that of Santiago, a 46-year-old civil guard resident in Madrid. Also partially immunized since last Friday, February 26, the effects have lasted 24 hours. He experienced spikes of fever of 38.5 and chills for the first 12 hours and tiredness and muscle pain for the next 12 hours.

This Monday I was back at work. Getting vaccinated against SARS-CoV-2 “never raised doubts,” he says, while waiting “without fear” for the second dose, which he will receive in about 12 weeks.

“I knew that it was controlled and that it would not get worse. It compensates me without hesitation”
Paloma Viñambres is younger and the complete guideline has already been received. In January he received the two pricks of the serum developed by Pfizer and BioNTech, based on messenger RNA. After the first dose, she felt tired, chills and pain in her arm, which she could hardly move .

These effects disappeared after 48 hours and there was no trace of them after the second puncture. At the age of 22 , she cares for disabled people in a center in the Community of Madrid and says that most of her colleagues felt the same effects. “For me it has been one more vaccine,” he says while encouraging everyone to be immunized against covid-19

Side Effects of Covid-19 Vaccines
Chills, fever and fatigue … what side effects do the first vaccinated against covid-19 report?

Natalia García is a Infant teacher in a public school in San Fernando de Henares. At 27, he describes the effects of the AstraZeneca vaccine as “the worst hangover of my life.” Reports “dizziness, chills, fever, and vomiting” for 48 hours. He states that this Monday in his center several colleagues were missing and for that reason he regrets that “it was not foreseen” that the vaccination was going to cause casualties.

In fact, dozens of teachers from the Community of Madrid were absent this Monday due to the side effects caused by the AstraZeneca vaccine against the coronavirus, according to data from CC OO and FAPA Giner de los Ríos.

The union considers that the beginning of the vaccination of teachers last Thursday is “very good news” but it is “regrettable that this joy is clouded by the mismanagement” of the regional government due to “confusion, opacity and improvisation.”

It was not the case of Patricia C, another teacher in a public institute in Leganés , who was vaccinated on Saturday and this Monday she was able to go to work. She is “happy” for having been one of the first and reports “pain in the arm, such as stiffness, very mild, and discomfort, chills, muscle pain and a fever peak of 38.6 that fell with paracetamol.” In his center, 10 teachers were absent on Monday, eight of them due to the effects of the vaccine , he says.

Marina and Daniel Almarcha are brothers, 28 and 30 years old, respectively, and they have also been vaccinated – last Thursday – for working in a pharmacy in Moratalaz , in Madrid. While Marina did present the night of the puncture “many chills for three hours, fever of 38.5 and headache”, in addition to fatigue for the next 48 hours and a pain in the arm that persists until Tuesday, her brother Daniel has not experienced no adverse effects. Marina, she assures, feels “privileged” for having already received her first dose.

“They are effects evidenced in trials”
The president of the Spanish Association of Vaccination (AEV), Amós García, recalls that all the effects described by the people who are receiving the AstraZeneca vaccine (and those of Pfizer and Moderna) are those already observed during clinical trials.

“They are those that were evidenced in the trials, the expected ones and, in addition, the same ones that other vaccines have: pain in the administration area, headache, fatigue or fever and they resolve themselves almost without intervention “, he highlights.

García recalls that having to resort to paracetamol “becomes normal” and “also happens with other vaccines such as meningitis B “.

Asked if the possible administration of AstraZeneca serum to the elderly, the president of the AEV recalls that at the moment in Spain it is not recommended for people over 55 years of age because “they have not done trials with statistical solidity and there is no solid evidence “, but this it does not mean that it is not safe. In fact, he points out, “there is already some evidence and in the UK and other countries it is being used in people over 55.”

France announced this Tuesday that it will now administer the AstraZeneca vaccine also to people over 65 years of age , and not only to those under that age, in view of the “very encouraging” results of the study in life. real that has been made in Scotland (UK).

“The effects are expected and resolve themselves almost without intervention”
Why do older people report fewer effects? “It could be both because their immune system is weaker and because the vaccines that are administered to them are of different types, but it must be based on certainties and scientific evidence,” he explains.

However, the doctor recalls that “the most terrible example that the pandemic can have now is to continue with it and the only thing that allows us to modulate it and maintain an active attitude against it is the vaccine. Not making use of them would mean giving rise to follow the drama . ”

According to the latest report on covid-19 vaccines, issued on February 9 and with data up to January 24, 2021, when 1,131,805 doses of vaccines had been administered in Spain (currently, 3,829 have already been inoculated .465 doses), 1,555 reports of adverse events were received (from Pfizer and Moderna sera, those authorized to date).

The most frequently reported events were general disorders ( fever, injection site pain ), central nervous system ( headache, dizziness ) and digestive system ( nausea, diarrhea ). Anything that was not reported in clinical trials: “There has identified no adverse reaction hitherto unknown that may be cause for concern , ” reads the report.

The Price Of Garages Falls 29% In 5 Years

Author AnnaPosted on March 2, 2021
The 36-year-old victim reported that she suffered the sexual assault last Friday in the Agua La Perra park. The Civil Guard proceeded on Monday...
Read More

A Mexican Employer Leader Dies In An Attack

Author AnnaPosted on March 5, 2021March 2, 2021
A man shot him three times and then fled. An employer leader from the Mexican state of San Luis Potosí, located in the center...
Read More

Author AnnaPosted on March 2, 2021
On both sides of the Andalusian PSOE almost no one dares to call their leaders by name. Not even the ‘susanistas’, to whom the...
Read More

Author AnnaPosted on March 12, 2021
In order to preserve the commercial balance of the area and avoid gentrification as a secondary effect, the Barcelona City Council’s government commission has...
Read More