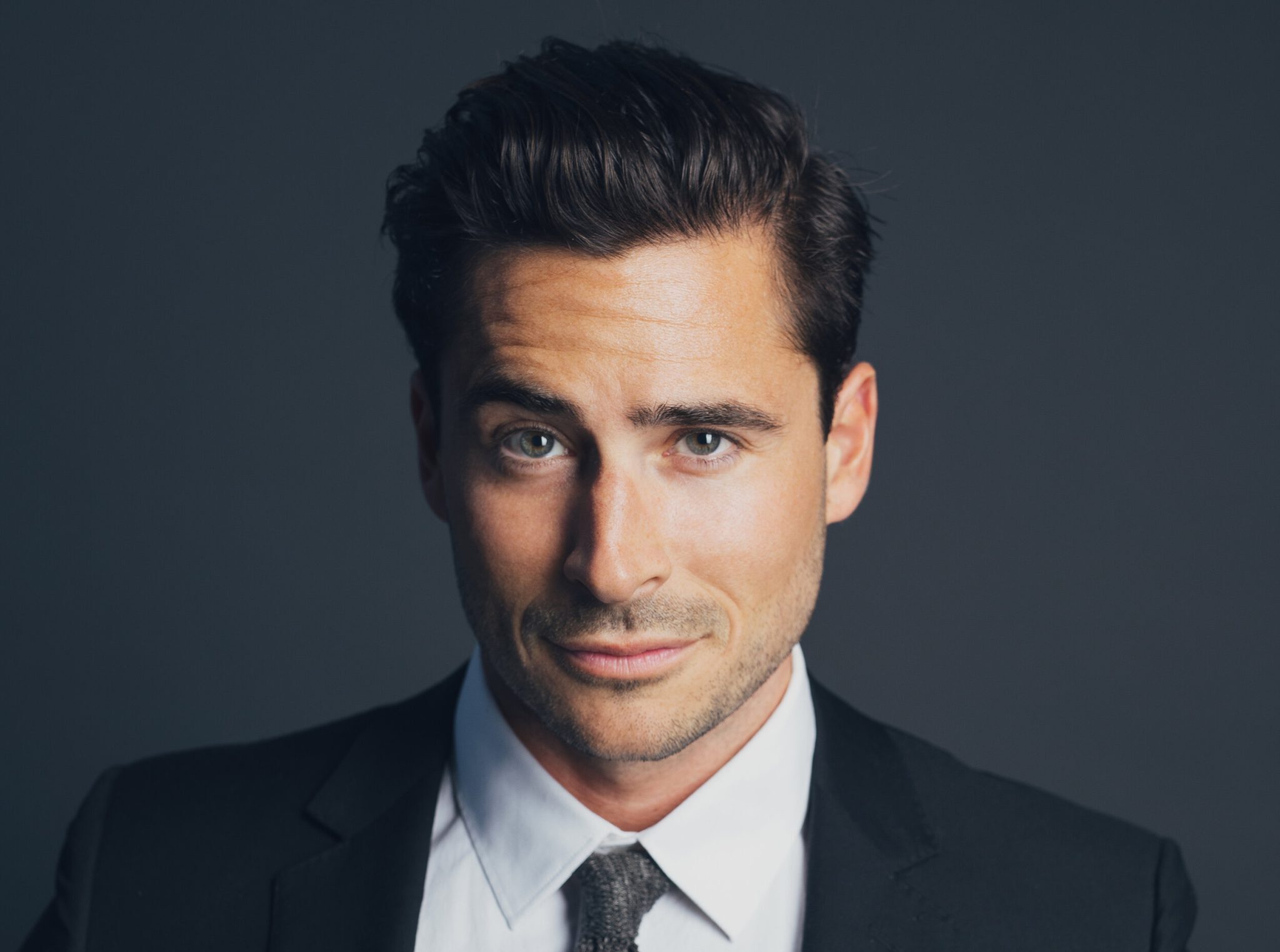 Olivier Renaud is a famous Canadian celebrity who hails from Montreal, Canada. In 2008, he entered showbiz through Cirque du Soliel, a famous Canadian circus, as an acrobat. Later, he starred in several TV shows and movies, especially based on Christmas.

Let’s explore his whereabouts and projects in this article!

I. Education and Early Career

Olivier J. Renaud has a degree in Bachelor of Business Administration from HEC Montreal and a Bac ES in Economics from Lycée Français de Bangkok. He joined the Cirque du Soleil (French for Circus of the Sun), a world-famous Canadian circus where he was a stage artist and performed acrobatics.

He earned a contract on Saltimbanco, Cirque’s oldest-running touring show, and has also performed in Las Vegas. Later, he pursued acting lessons and education at various acting schools.

After working with the circus, he pursued a career in acting and moved to New York City and then Los Angeles. He first appeared as Mr Carrot Cake in ‘Cruel Children’ in 2016, and his first significant role was as Lucas Blade in ‘Christmas on 5th Avenue’ with Kathryn Davis.

Olivier was born on 27th January, 1985 to Paul JR Renaud and Mary Ann Hand. He hails from Montreal and has one brother and two sisters. It is unknown if he is married. Additionally, the actor has not revealed whether he is dating anyone.

He currently resides in Toronto, Canada.

Presence on the Internet

What is Olivier Renaud currently doing?

Olivier Renaud is now a coach and consultant and assists students, corporate professionals, and others looking to hone their speaking and acting skills. He is still pursuing his career in acting.

You can see more details on his official website.

You may also like to read: Elon Musk As The President of USA