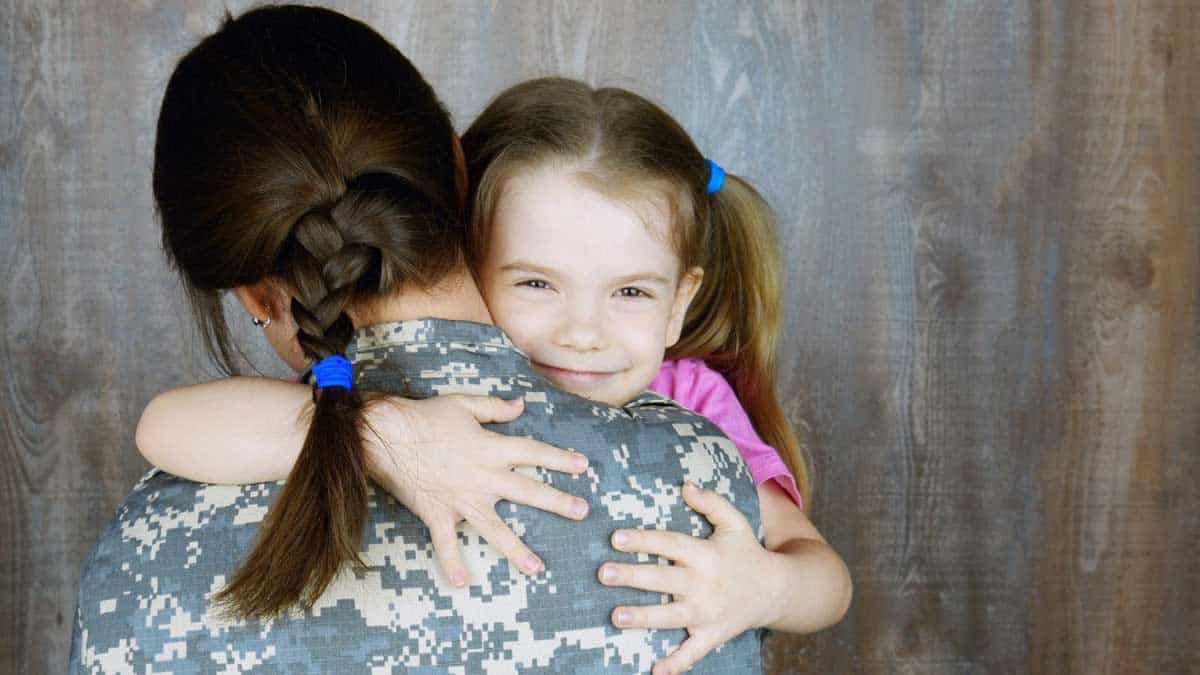 Being a child whose parents are in the army comes with a rollercoaster of feelings. While they are proud of their parents’ contributions to the family and the entire country, it is also nerve-wracking to always be worried about them making the journey back.

It is in these moments of not knowing what the future holds that quotes play a role in comforting army daughters. Here are some inspirational quotes for army daughters.

If you are a daughter yourself or are an army father, or are just anyone looking to comfort and encourage army daughters, use these quotes to persevere through these rough times.

1. “People sleep peacefully in their beds at night only because rough men stand ready to do violence on their behalf.”
― George Orwell

This is a quote that can comfort daughters and help them stay strong during tough times. Although it may be difficult, it is always reassuring to know that these tough times mount up to something. The distance between an army parent and their daughter is compensated with the safety of an entire nation

2. “America without her soldiers would be like God without His angels.”-Claudia Pemberton

This is a quote that should remind the importance of army parents and how much their contributions are worth. It compares army parents to the angels of God and that is an honorable comparison to make.

This is a quote that says so much. Indeed heroes aren’t the ones who we see on TV or in movies by Marvel but are the ones who live amongst us. They are the soldiers who live for months together away from their families and fight for us day and night. An army daughter would feel so proud when they hear a quote that calls their parents a hero.

4. “Thank you for helping make it possible for me to live in a country I can do anything in……”- Hannah

This is another quote that an eight-year-old girl said to appreciate the army. It is such appreciations and acknowledgment of army parents that keep daughters going and their pain bearable. It also emphasizes the outcome of the struggles that army parents and daughters face. The outcome of which is Freedom. The freedom to live and the freedom to choose not to be violent while allocating this burden of undertaking violence to the army.

This is another magnificent quote that helps daughters remember that the sacrifice their parents are making is for them. It is because they love them and want to protect them that they join the army. The quote is a reminder of the reason why parents are in the army is what daughters must remember when they question their parents’ decisions to leave them and undertake one of the toughest jobs in the world.

While words cannot ever compensate for the sacrifices armies and their families make, it is words that we have that can help encourage and support them. Whether you are an army daughter or are a friend of an army daughter or an army father, we hope these quotes can console you and strengthen you during your difficult times.

Looking for a video of an army father-daughter video that melts your heart? Watch HERE

Author VanessaPosted on May 17, 2021May 20, 2021
There is great power in words. You may experience a moment where you listen to a speech that alters your perspective in life. Here...
Read More

IS TEAMWORK A VALUE?

Author GracyPosted on August 10, 2021August 10, 2021
Teamwork is something we usually expect everyone around us to inherently have and hence never look at it as a value. In fact, when...
Read More

Examples of Measurable Goals for Employees

Author VanessaPosted on May 30, 2021August 8, 2021
If you want to motivate your employees then you must assist them in setting goals while also supporting them when they achieve the goals....
Read More

FAMOUS 1 & 2 MINUTE SPEECHES OF ALL TIME

Author GracyPosted on July 9, 2021August 7, 2021
Words are something that can move a nation, break a heart or even make someone’s day. Speeches have been used from the beginning of...
Read More