Are you wondering where does Palmer Luckey live? Palmer was born in California in Long Beach on 19th September 1992. He was born to Donald and Julie, his father was a salesman of cars and his mom was a homemaker. Luckey was homeschooled along with his sisters.

As a kid, Luckey enjoyed tinkering with electronics. he build his computers and gaming devices as well. He was also enamored with lasers and due to an accident, ended up burning a spot in his retinas while using the lasers.

The Start of Palmer Luckey’s Career

Luckey had a lot of interests. Hence, to support them, he started a business. He would fix iPhones and sell them online as unlocked. He earned around $36000. Because he loved video games, he created an interest in virtual reality. He then ended up spending thousands of dollars on building a computer with six monitors. However, that computer was also not enough for the type of gameplay he was imagining. He thought to himself, “Why not just put a small screen directly on your face?

The Start of Oculus

Luckey was 17 when he started creating the prototype of Oculus in his parent’s home garage. He launched Oculus on Kickstarter, the crowdfunding platform. He ended up raising around $2.4 million on it. By then, Palmer also came in contact with Brendan Iribe who is a gaming entrepreneur. Palmer used to not use a mobile phone then because he was scared that the government was tracking him but he agreed to a meeting with Iribe and they met at a steak house. They ended up hitting it off and Brendan along with his friends ended up investing money in Luckey’s Kickstarter campaign. The company was named Oculus VR with Iribe as its CEO.

Oculus seemed like a good investment. Palmer’s vision for his VR technology at its launch, “I won’t make a penny of profit off this project. The goal is to pay for the costs of parts, manufacturing, shipping, and credit card/Kickstarter fees with about $10 leftover for a celebratory pizza and beer.” It seems a little ironic now that Palmer has sold Oculus to Facebook.

Where does Palmer Luckey Live In 2021?

Mark Zuckerberg saw a demo of Oculus in Facebook offices and loved it. He went to Oculus’s offices to see their latest version after that. Oculus and Facebook then signed a deal of $2 billion in 2014. Palmer’s worth skyrocketed to $500 million post the Facebook deal. He was 21 at the time. So where does Palmer Lucky live in 2021? He bought a party house from his wealth and currently lives in Silicon Valley in Atherton. Seven of his friends live with him. He called his home “The Commune” and says that he and his friends spend their days playing video games.

If you are wondering where is palmer luckey house, then it is in Silicon Valley but you can often find him at Facebook offices in Menlo Park. He is laid back and is often seen in Facebooks’ executive suite. 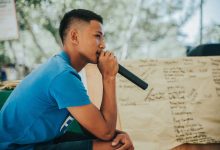 Where Is Sal Khan From 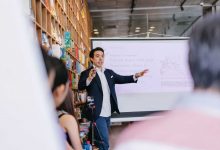