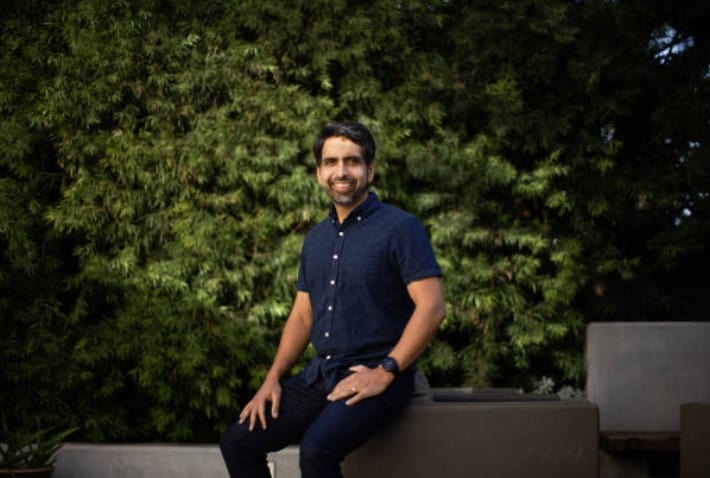 Are you wondering where is Sal Khan from and where does Sal Khan live now? Well, continue reading to know more about Sal Khan.

Where is Sal Khan from

Sal Khan was born in 1976 in New Orleans. His father, Jamal Khan was from Bangladesh and he was a pediatrician. His mother, Mahooda was from the country of India. Sal remembers his first schoolwork memory of his uncle solving calculus problems. At the time, Sal had asked what calculus was to which his uncle had said it was required if you wanted to be an engineer and Sal was told by his uncle that he should also study at M.I.T. and become an engineer.

However, Sal was never interested in math as a kid, he wanted to be an architect or cartoonist. He studied at Grace King High School which is in Metairie in Lousiana. He used to sing and play the guitar in a metal band.

Sal eventually got interested in theoretical physics. He worked hard in science and math and got accepted by M.I.T. He studied 7-8 classes each semester in college while preparing for law or medical school. He was enamored when he was exposed to software and computers. Sal graduated in 1998 from M.I.T. with 3 degrees which were a combined B.S. in computer science and electrical engineering, a bachelor of science in mathematics, and a concurrent master’s degree in electrical engineering. He was the class president and hence got his diploma from none other than Bill Clinton.

Sal started working for Oracle but then went back to Harvard and Cambridge to get his MBA. There he met his wife Umaima. They got married in the year 2004. They now have a boy and a girl, Imran, and Diya. Sal then lived in Boston and worked as an analyst. In 2009, he quit his job and started Khan Academy.

Where does Sal Khan Live

Sal lives with his wife and kids in Mountain View in California.

Sal has reformed education for the new generation in Silicon Valley as well as globally. Sal was introduced to teaching when he started providing tuitions to his cousin, Nadia. These one on one teaching sessions were put online and they eventually became Khan Academy. This academy has become so successful that it receives over 10 million visits from students each month from all around the world. Over 350 million chapters have been accessed by students in the past two years. Khan Academy has over 5000 videos on the subjects of biology, math, chemistry, physics, probability, statistics, economics, programming, art history, history, nursing, medicine, and topical issues. This online platform sees over 4 million problems being solved every day.

On YouTube, Khan Academy’s channel has over 6 million subscribers. The total views of their YouTube channel are over 1.8 billion. Sal Khan was also named as one of the most influential people in the Top 100 list by Time.

Speech To Motivate And Prepare Students For Examination

Author VanessaPosted on May 25, 2021May 25, 2021
Are you wondering how to become a loan officer without a degree? Continue reading to know more. The Career of a Loan Officer Are...
Read More

Where Does Palmer Luckey Live

Author GracyPosted on July 6, 2021August 7, 2021
Students are a tough crowd to motivate. You need to be very careful with the words you use and the points you craft during...
Read More

Author VanessaPosted on June 17, 2021June 18, 2021
A power strip and an extension cord are the go-to tools for people when they require additional outlets to power electronics. When discussing electrical...
Read More