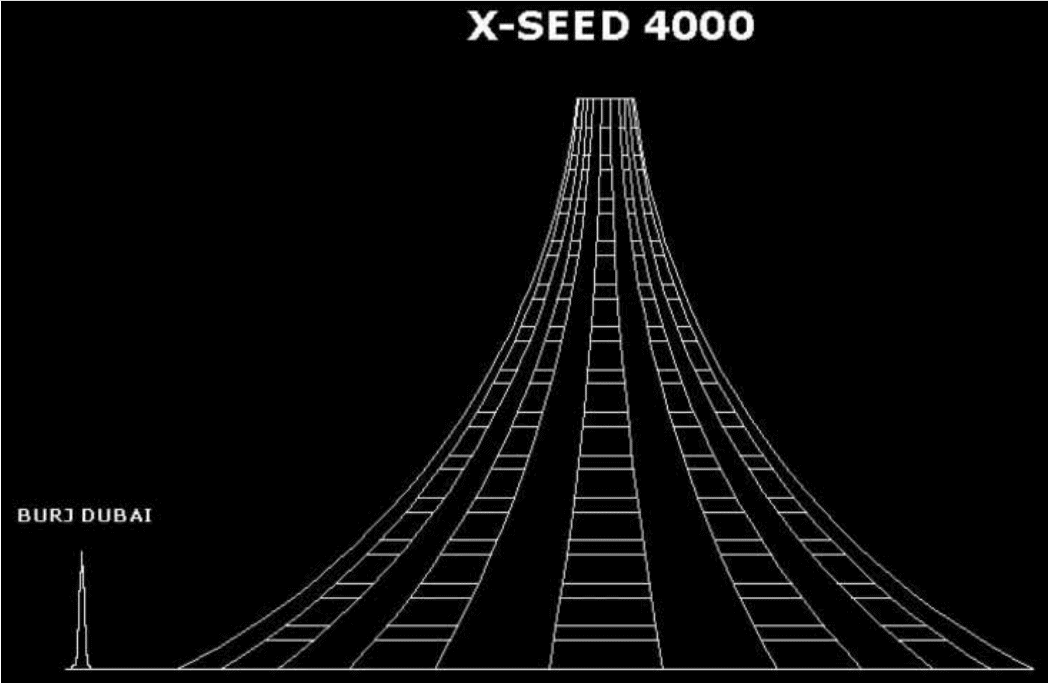 It’s basic human nature to compare two things and reach the ultimate conclusion just for the sake of his knowledge. And this regular burst of comparing two things enhances our knowledge and teaches us something. So, today this article will be comparing two gigantic skyscrapers, so with no further delay, let’s dive straight into it. Let’s look at ‘X seed 4000 vs Burj Khalifa.’

If you are a fan of skyscrapers check out this comparison between Burj Khalifa & CN Tower.

Who hasn’t heard of this beautiful building spreading its glory in Dubai, UAE?

So, this was all about the tallest building, the “Burj Khalifa”. Now let’s find out about X Seed 4000.

The most basic difference between Burj Khalifa and X Seed 4000 is that Burj Khalifa is an actual building standing tall in Dubai, whereas X Seed 4000 was just an idea printed somewhere on the lost papers of architecture.

What was the basic idea behind this design?

Now the most definite question is, what was the idea behind this design? Georges Binder, managing director of Buildings & Data, once said that “X Seed 400 was never meant to be built.” It was in fact designed to just to gain some recognition and pant the seeds of this possibility in the minds of people, which they ultimately succeeded in.

What are the reasons X Seed 4000 cannot be built?

So, here are few reasons such a lofty building is currently not a possibility:

Hope this article clarifies and unravels the ‘X Seed 4000 vs Burj Khalifa’ conundrum. You can also check this video on different skyscrapers.